I review almost exclusively history books (with rare exceptions). I will eagerly review any book having to do with antiaircraft or air defense. I am also interested in books on Africa, but again, mostly the history of the continent, especially in the 20th Century. Get in touch with me for more information. Most of my book reviews are also on Goodreads and Amazon.
Posted by Doc Crabtree at 12:59 PM No comments: 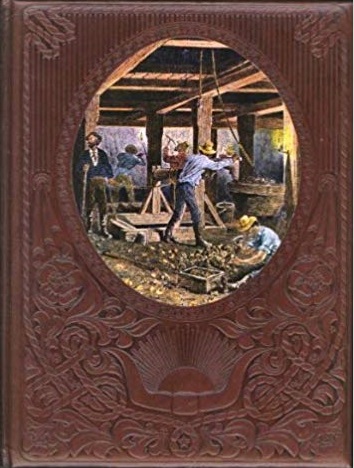 Excellent book. It covers almost every aspect of the gold and solver mining experience in the Old West: the life of the prospector, the dangerous underground work of the digger, the capitalists who financed finds, the assayers, the newly-minted millionaires, even the the cheats and crooks of the mining camps. Very entertaining and well-illustrated.
Posted by Doc Crabtree at 12:59 PM No comments: 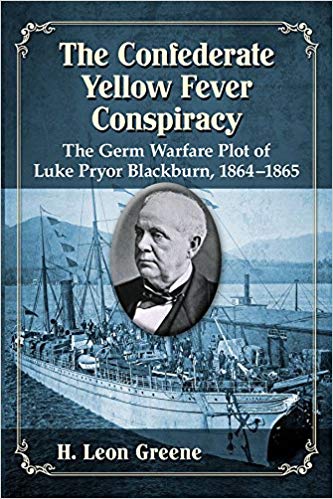 Dr. Blackburn has been identified in some Civil War books in general terms as an expert in Yellow Fever who tried to infect target groups in the North and the Union-occupied areas of Norfolk (Virginia) and Newbern (North Carolina) using clothes used by victims of the disease. Sometimes he is also mentioned as being involved in a failed attempt to use the disease to attack President Lincoln.

H.L. Greene, however, has gone several steps beyond this thumbnail treatment of the plot. He extensively researched the topic and produces a biography of Blackburn that includes his doctoral thesis on the disease and his efforts to fight yellow fever outbreaks. Greene discusses the knowledge (or lack of it) of germ theory and how medical doctors of the time thought that "unhealthy air" transmitted the disease. Obviously, Blackburn thought that another means of transmitting the disease was via "humors," specifically yellow bile and black bile... both produced in the course of the disease. He also must have come to the conclusion that sweat could carry the disease.

When Blackburn traveled from Bermuda (where he was working with Confederate Secret Service agents involved in asymmetric attacks against the United States) he collected contaminated bed linens and clothing and packed them in such a way as they would contaminate "clean" clothing. The trunks were then shipped to "targets." Much of this information came about because of the British discovery of unshipped trunks in Bermuda after Blackburn's departure.

Fortunately, Blackburn did not properly identify the true vector of the disease and his efforts seem to have been wasted. I say "seem to" because one of the targets, Newbern, did indeed suffer a Yellow Fever outbreak at about the time that trunk should have arrived. I believe that I came across an entry that identified the Patient Zero being a sutler, which would explain how the disease started...

Written very well and in detail. There are some things that are unknowable 150 years after the fact but the author discusses some things that can be deduced from the known information and discusses various explanations for apparent discrepancies in dates and testimony. Overall, a very interesting book, well-illustrated with photographs and maps.
Posted by Doc Crabtree at 10:14 AM No comments:

Armies of Russia's Wars in the Ukraine (three stars) 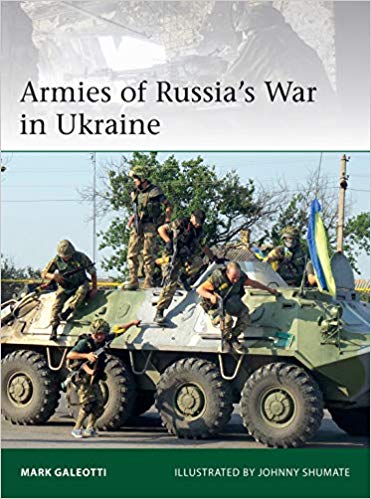 This book looks at the Russian efforts to seize the Crimea and to use the Donetsk and Luhansk republics as leverage against the Ukraine. The first operation, aided as it was by criminals and sympathizers, resulted in the seizure of a peninsula that is internationally considered a part of the Ukraine (except when it was administered by the Russian Federated Soviet Socialist Republic, but when you all live under communism the name of the particular slave labor camp you happen to be in doesn't really matter that much) . The Russian attempt to do the same thing in the Donbass region has been less successful for them, since the militia they sponsored has been met by Ukrainian militia and conventional forces. The progress of the war to date has been captured very well by the author and illustrated by maps, photographs and original artwork. Indeed, I would consider this a five-star product, except the author decided to take a jab at U.S. President Donald Trump by mentioning Putin's efforts to, and I quote, "Make Russia Great Again." This was irrelevant to a discussion of the conflict. A more useful discussion could have been had by discussing the world leadership vacuum created by the Obama administration which allowed Russia to keep the Crimea. Facts should be discussed in these books, not politics which are unconnected to the history discussed.
Posted by Doc Crabtree at 9:29 AM No comments: 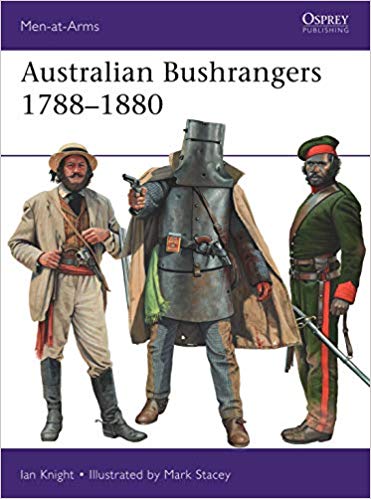 Before I read this book I only knew about Ned Kelly... I had never heard of Captain Thunderbolt, the Clark Brothers, Mad Dan Morgan or Bold Jack Donohoe! A fascinating book, it provides background on the outlaws of the Australian hinterland, as well as information on the use of the military in law enforcement. I really enjoyed this book, the artwork and the stories. Very well done for such a short work.
Posted by Doc Crabtree at 11:00 AM No comments: