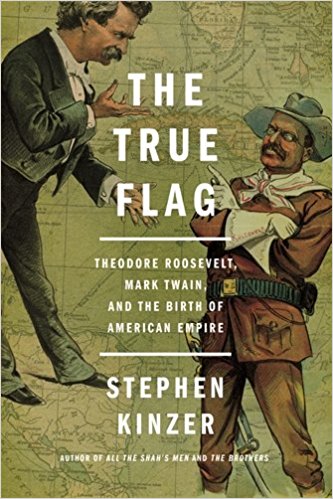 Read the last chapter first and you'll understand the purpose of this book. A screed against "imperialism" (as practiced by the United States) this book by Kinzer simply finds fault with the entire way the United States works overseas, starting with the Spanish-American War.
Kinzer creates two caricatures to do this. One is Teddy Roosevelt, whom is shown to be a single-minded militarist and animal murderer who uses hunting and military service to feed his toxic 20th Century... er, 19th Century... masculinity. On the other side is Mark Twain, portrayed as a humorist and literary giant opposed to Americans sticking their noses in other people's business. Imagine a Jimmy Kimmel with long white hair and the ability to make people laugh.


These two jousting dummies are bit two-dimensional in the book. For instance, Twain himself served as a Confederate soldier, however briefly, during the Civil War (but then again, I understand Jimmy Kimmel was the host of something called the 'Man Show'), a fact that he made light of later in life. Roosevelt's adventures in the West made him an ardent conservationist; later he would establish the very first national parks and national monuments within the United States.


The "leap" to overseas expansion is portrayed as practically something that came about as a "spur of the moment" event. However, this ignores over 25 years of civil unrest and insurrection in Cuba, practically at the doorstep of the United States. Americans were interested in the liberation of Cuba well before 1898, as newspaper articles bear out. Kinzer, however, mentions Mahan's work on seapower's effects on history without ever having read it. The United States had no choice but to sieze overseas bases for coaling (like Hawaii) and to deny other bases for Spanish use (like Puerto Rico).


Think what you will of Roosevelt's cause, he believed in it enough to put himself at the forefront of the fighting... literally. With his history of public service he had no need to get a commission in the Army to fight, but he went to war in a volunteer regiment. Twain, for his part, was a great writer and he put his pen to good use, questioning the motives of the men who sent America to war. But, Twain could afford to be nonchalant about matters of public service, never having run for office himself or accepting a government position. It's a lot easier to criticize, yes, and make fun of, than it is to govern.


Really, the book is tiresome reading. I admire both Teddy Roosevelt and Mark Twain, although for different reasons. I'm not interested in taking side one against the other, which the author does.

Posted by Doc Crabtree at 9:52 AM No comments: 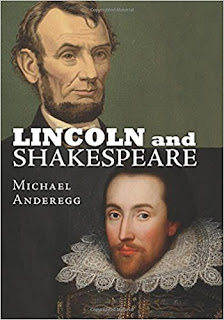 Prior to the mass media and instant entertainment we have today there was live entertainment. There were various lectures, dramatic readings, and, of course, plays. Shakespeare was naturally a cultural cornerstone to stage productions and his comedies and dramas were still very much a staple over 250 years later.


Anderegg has produced an excellent study as to how Americans in Lincoln's time would have known Shakespeare's works, either in print or as produced on the stage at the time. That Lincoln himself was familiar with Shakespeare's works is well-known; although he did not quote Shakespeare hardly at all in his speeches or writings Lincoln did write about Shakespeare and expressed an opinion of productions and even read passages aloud amongst his friends and associates. Anderegg has meticulously researched Lincoln's movements and whether Lincoln might have been able to attend that performance or another.


This is a fine book on the topic and Anderegg's research makes the reader feel as if he or she really has a firm understanding of Lincoln's love of Shakespeare and why it was so important to him.

Posted by Doc Crabtree at 7:40 AM No comments:

Terror From the Sky: The Doodlebug War (Four Stars) 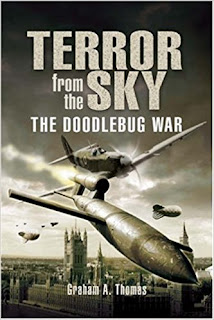 During the last stages of WWII Germany launched a weapon it called the V1, an unmanned flying bomb which was the predecessor of today's cruise missiles. London, the primary target of the V1s at the beginning of Hitler's terror campaign, had already taken the brunt of Hitler's "Blitz" and Air Defence Great Britain rose to this new challenge.

When reading the book you have to keep in mind that there were two means of defense against the "buzz bombs:" ground-based and air-interception. The ground-based defense was provided by Anti-Aircraft Command and the guns which hammered away at the V1s, using shrapnel and high-explosives to bring them down. The other was air interception, the use of high-speed fighters which had only the narrowest of an edge on the bombs. The Tempests, Spitfires and Mustangs were guided by controllers on the ground to shoot down the V1s before they reached London.

Thomas does a good job discussing the problem the defenders were faced with: where should the interceptions take place... should they be over the Channel? Should they be over the countriside between London and the coast? And where should the AAA be placed? Leaving it in London did the Germans' job for them: ensuring that the bombs fell on the city. Should the guns be placed around London as a last-ditch defense? Or should the guns be placed along the coast, which would result in damaged V1s landing in the Channel or (hopefully) empty fields short of London? In the end, hard decisions were made which seemed to optimize all elements of air defense.

With that being said, the book is primarily concerned with the interceptors, especially Tempests. The airmen who flew in these interception missions are to be commended... the destruction of a V1 required skill to intercept and nerves of steel to pursue and fire into the machine, which was likely to explode only a few hundred yards in front of the fighter. However, Thomas has listed interception after interception of V1s, making for a bit of deja vu as the reader tries to get through it all. Obviously not every interception of a V1 is listed in this book but after a while it feels like it. In the meantime, interesting tidbits like the V1 painted to look like a U.S. Air Force plane (!) get buried in the details. Also, specifics about ground interception techniques and coordination measures between the fighters and the AAA are sketchy... I felt this would have made for a more interesting book.

The book is well-written and illustrated with period photographs.

Posted by Doc Crabtree at 7:20 AM No comments:

I review almost exclusively history books (with rare exceptions). I will eagerly review any book having to do with antiaircraft or air defense. I am also interested in books on Africa, but again, mostly the history of the continent, especially in the 20th Century. Get in touch with me for more information. Most of my book reviews are also on Goodreads and Amazon.
Posted by Doc Crabtree at 7:18 AM No comments: 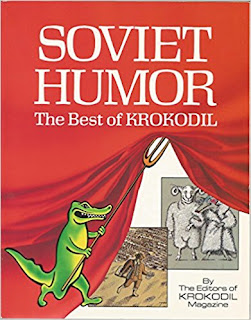 Krokodil was the officially-sanctioned Soviet magazine of humor. As such, it was pretty tame until the late 1980s when the new era of "openness" began. This book is an excellent collection of cartoons which make fun of everything from bureaucracy to the exploited environment, from alcoholism to poor construction. A real insight into how average Soviet citizens really felt.

Posted by Doc Crabtree at 7:17 AM No comments: 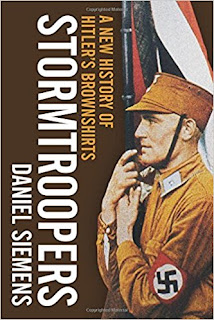 Daniel Siemens has done an excellent job looking at the history of the SA, the militant wing of the Nazi Party. His book has examined the membership and role of the Stormtroopers from its inception to the end of the war, and goes beyond the two-dimensional truths taught in "routine" histories of the organization. For instance, one gets the impression that the SA was practically disbanded following the Night of the Long Knives. In fact, the Rohm Purge only effected the top leadership of the SA (as well as many who were killed in extra-judicial murders) while the organization itself was "repurposed" since Hitler cut a deal with the Reichswehr ensuring that the SA would never be a valid replacement for the traditional armed forces of Germany. After the purge the Stormtroopers provided much-needed security forces within Germany and, despite opposition by SA generals, a conscription base for the German Army and SS. Despite Hitler's penchant for keeping his subordinates in seperate power bases to prevent them from cooperating or attempting to take on the state on their own, there was never a Waffen-SA the way there was a Waffen-SS.


Other issues the author looks at include the wholesale recruitment and incorporation of opposition street-fighting organizations following the Nazi's ascent to power... both on the right and left. The dissatisfaction among individual Stormtroopers after Hitler became dictator with the division of the "loot" that was expected. The role the SA played in early concentration camps. The attempts to make SA members into armed colonial farmers in the new eastern "Living Space." All this shines a new light on the men who were the muscle behind the Nazi rise to power.

Posted by Doc Crabtree at 8:01 AM No comments: